You are here: Home / Archives for Volunteering 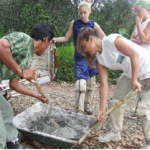 Guest post  by Violet Jones On 26 December 2004, an earthquake in the Indian Ocean triggered a tsunami that killed hundreds of thousands of people in India, Indonesia, Sri Lanka, Thailand and other countries along the coast. The devastation was unimaginable, and even close to a decade later the region is still recovering from the giant wave. While Thailand did not … END_OF_DOCUMENT_TOKEN_TO_BE_REPLACED

Sharing the magic of New Zealand
with women visitors.
Part of the larger WomenTravel.info network

One of the fabulous women's tour companies (and their tours) you can find at womentravel.info facebook.com/womentr…

Women Travel NZ and the World