You are here: Home / NZ Highlights / Curling in and out in Naseby Naseby in the hills of Central Otago was the sight of one of the area’s significant gold mining operations in the mid 19th century. In the winter not much mining could be done, and the Scottish goldminers introduced Curling to the Maniototo in 1878, making it one of the oldest winter sporting activities in New Zealand.

The building of an international Olympic standard all year round indoor Curling rink has made Naseby the Curling capital of NZ. Tonight we are going to be shown the finer skills of sliding 20 kg granite stones down the ice.

Our coaches are to be none other than members of the NZ Olympic team and their coach. Most of them have the last name of Becker and this family has a long tradition of farming and curling in the region. Sean Becker is on crutches after a farm accident, but dad and coach Peter helps and others in the team give us a few hints. After a sample throw, when most of us can not get our stones even half way to the hog line and down to the home circle. Even the sweeping could not get any further distance out of us. Another sample throw and some fine tuning from our extremely patient coaches, and we are doing OK. We get some sweeping skills in – and find we can increase the length of a shot by several meters with good sweeping.

Practice is now over, we split into teams, choose a captain, grab our brooms, we are off to do a few ends. Lots of laughs, sweeping, great coaching and some lucky shots and my team have won!

We retire upstairs for the obligatory whisky to celebrate.

On the Real Ice The next day there is a Curling game on the outside ice, and we have the privilege of being invited to watch. This is the real thing – quite different from the more sanitised Olympic Indoor game. The Kiwi Club (one of over 20 curling clubs in the area) is having a points competition, and we get an invite to watch.

This is serious stuff, the ice is slowly melting, it looks like it might be one of the last games of the season. Water is constantly being swept off the ice. It’s a points game, and points are fought for and awarded in what appears to me a random fashion. I am sure there is a system there, its just that this Jafa can’t see it, those born to it seem to have no trouble.

Green Ginger wine is poured into the beer as anti-freeze. I risk a glass of whisky at 10am in the morning – and it seems the perfect thing to have.

Before we leave we are invited to have a go – not for anything as sophisticated as points, but simply to see if we can get this 20kg stone down the ice. What is it about the Scots?  I live in Waipu in Northland which was settled by gaelic speaking highlanders and they spend their New Years Day tossing cabers, and hammers and sheaves of wheat in the heavyweight competitions of the Caledonian Games.  Here in Naseby it is hurling 20kg granite stones down the ice.

Is it about keeping warm?
Practicing at throwing the English out?
An excuse to drink a wee dram whisky?
Any thoughts on this? 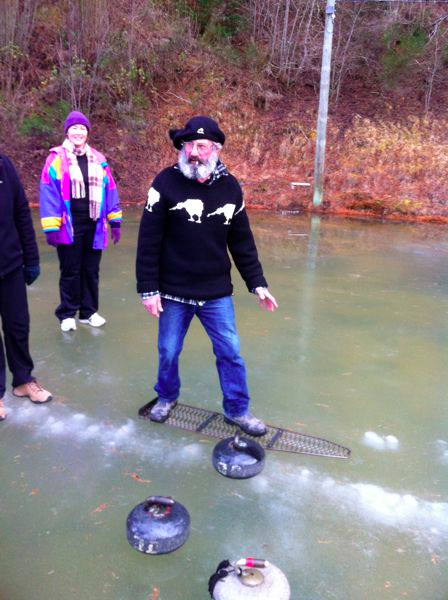 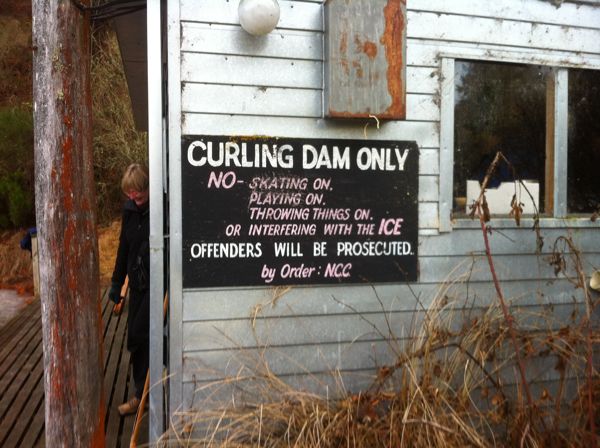 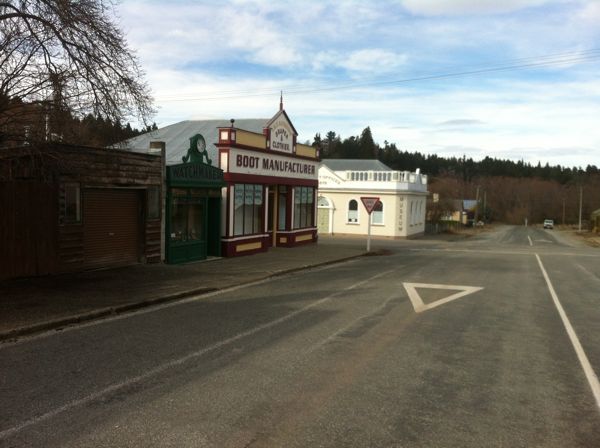 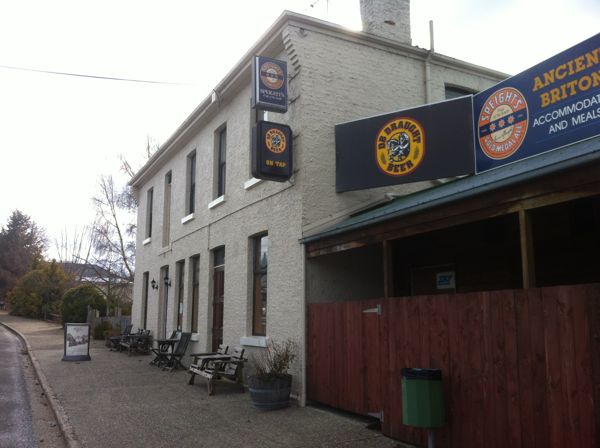 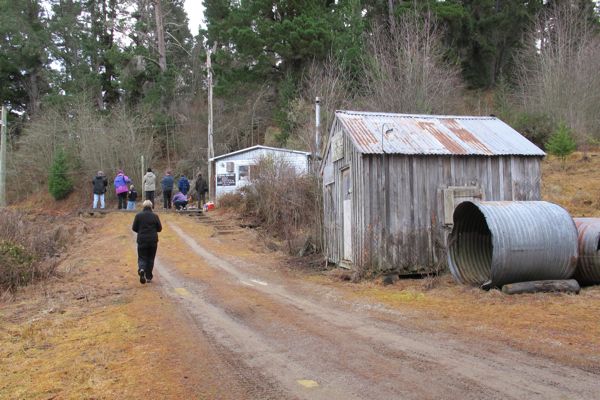 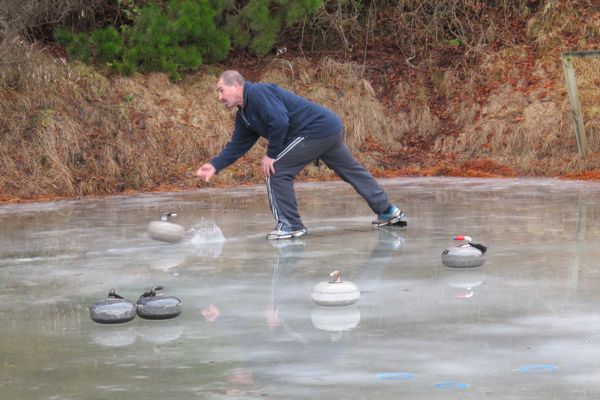 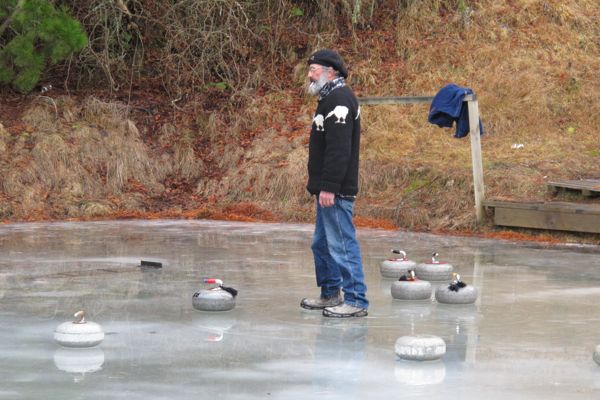 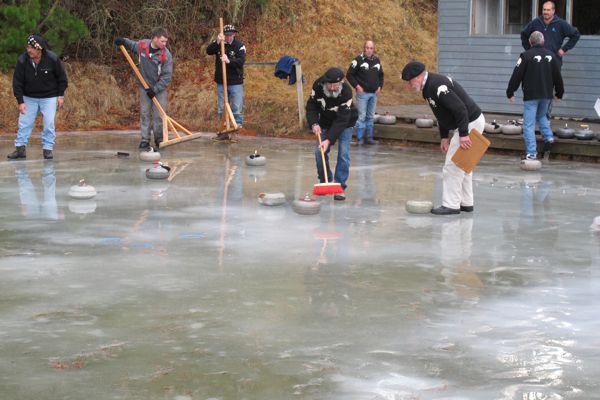 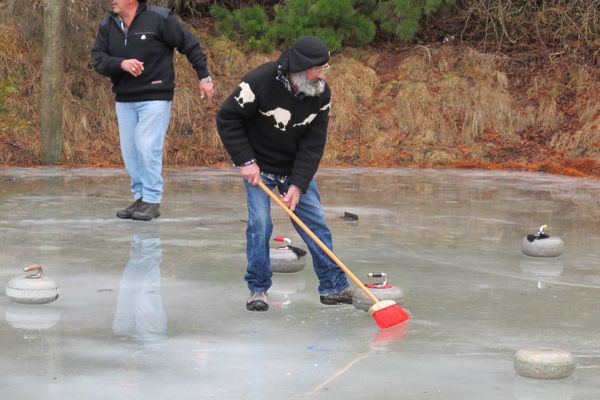 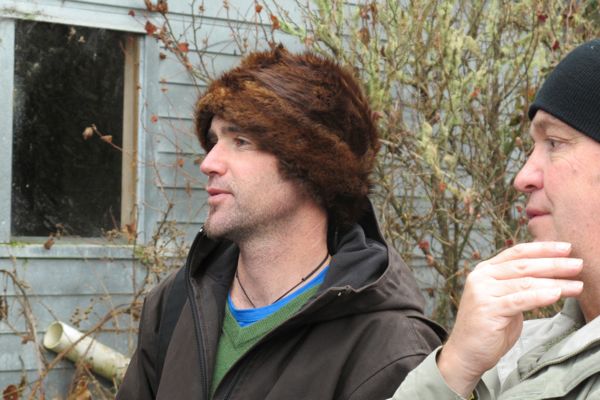 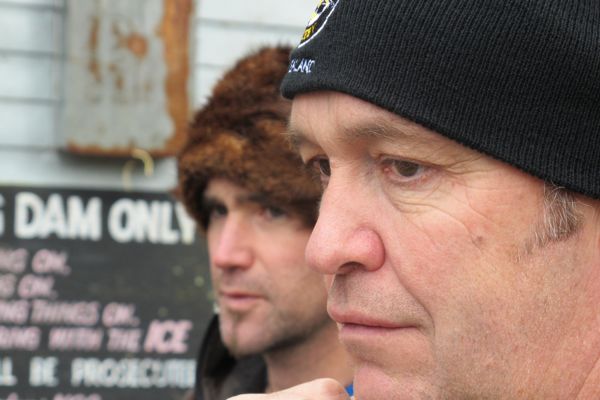 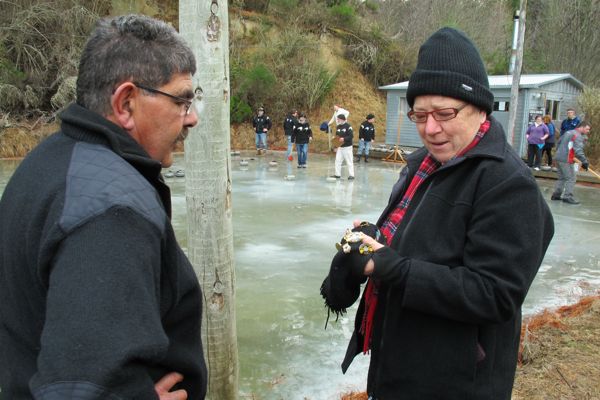 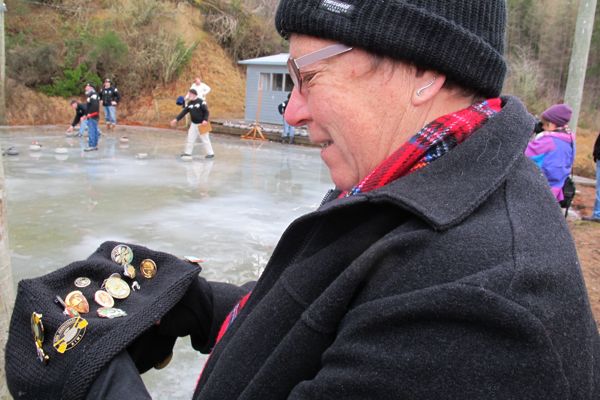 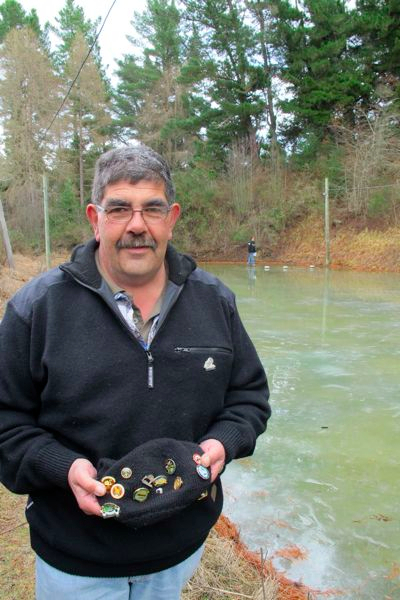 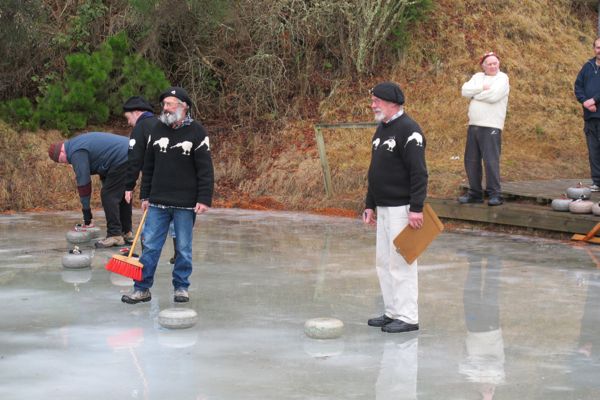 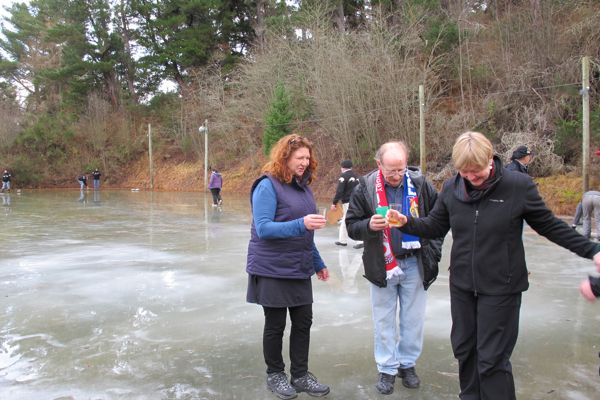 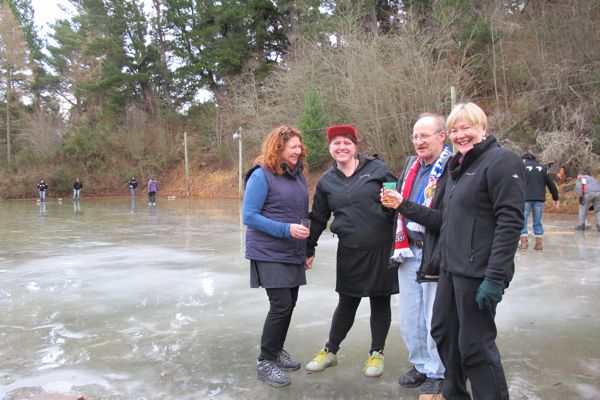 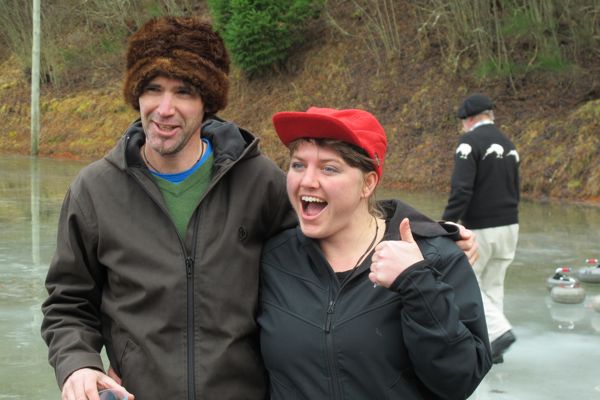 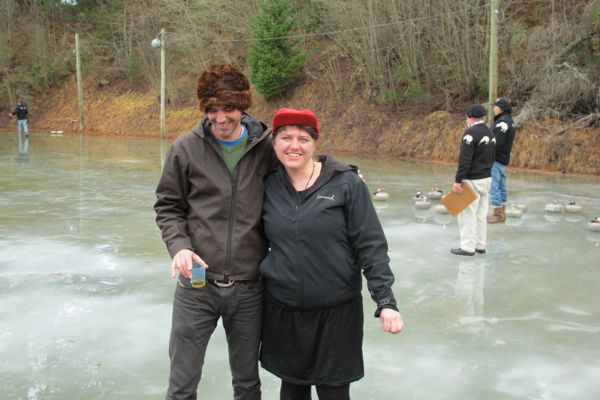